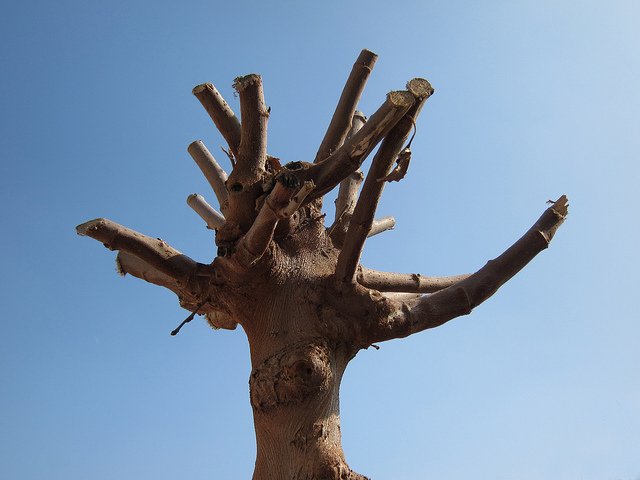 Are LinkedIn groups or company pages part of your organization’s social media strategy? If so, you should be aware that LinkedIn seems to be slowly but surely phasing out a lot of free features in what appears to be a move towards less free lunch/more monetization. Not surprising after their recently reported weak revenue outlook. Here are three features that are currently on the chopping block:

I recently blogged about the fact that LinkedIn was going to be deleting the Products & Services tab on company pages as of April 14. As promised, that feature is now gone from pages. If you had recommendations on that page, you can still contact LinkedIn and request a file of those comments–but hurry because you only have until May 30 to request them.

Friend Maddie Grant blogged about this over at Socialfish, and I have checked in the groups I administer and what she reports is true–you can no longer post jobs in the jobs tab for free. As Maddie describes in her post, if you administer a group that doesn’t currently have the jobs tab enabled, when you enable it now, you’re invited to post a job…for a price. I don’t administer any groups that previously had the jobs tab enabled, so am not positive if the change has been made in those groups yet, but it doesn’t appear you are able to add new job posts to group job tabs anymore, unless they’re pulled from discussions. I can’t say I’m surprised about this feature disappearing–or at least the free part disappearing–after all, LinkedIn’s bread and butter is recruitment and job ads. With weak revenue in other areas, it’s understandable they’d be looking to maximize that revenue and allowing people to post jobs for free doesn’t really support that.

As of May 15, LinkedIn is retiring the polls in groups feature. Ironically, I’ve personally never used this feature but was just today going to LinkedIn to see if there was a polling feature for groups when I noticed this message across the top of the page. Sigh. Again, can’t blame them for cutting features that cost them time and money to support but don’t generate revenue, but still, it doesn’t exactly instill confidence that they won’t keep stripping features.

The bottom line? If your organization relies on LinkedIn groups, I’d keep a close eye out for more changes–possibly even cutting them. It happened with LinkedIn Answers, after all, and it seems like a week doesn’t go by without them announcing another feature they’re cutting. I’ll spare you the pitch for private online community platforms…but seriously, I’ve said it before and I’ll keep saying it: why spend time and resources establishing communities on free platforms like LinkedIn only to have the rug pulled out from under you at any time?