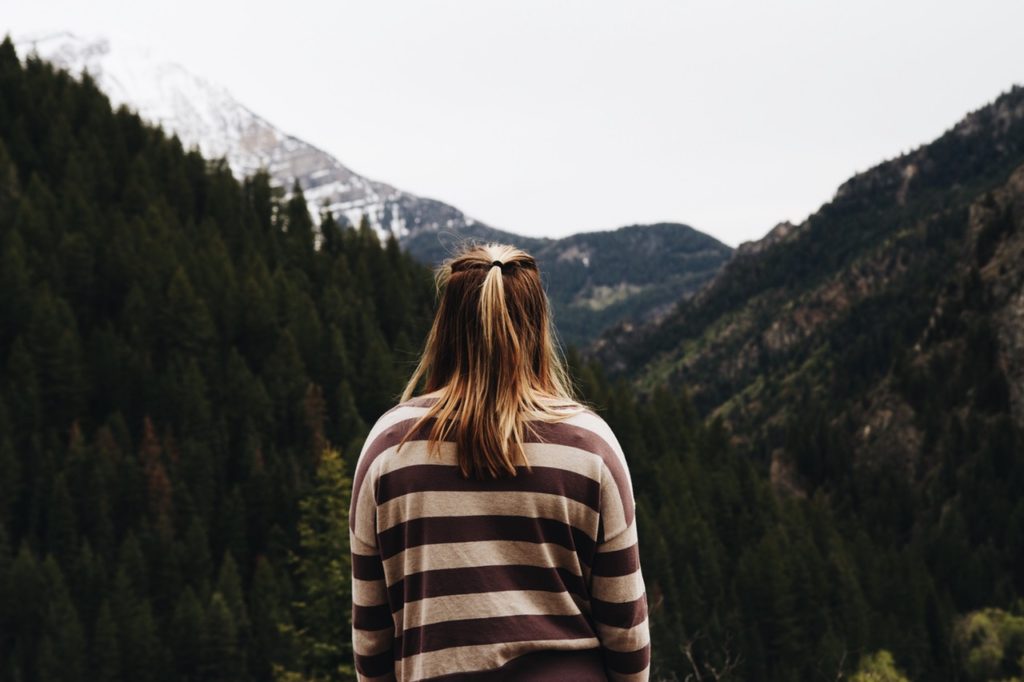 So last Friday was World Health Day, the theme of which this year was depression and a “let’s talk” campaign geared at encouraging people to seek and get help for depression. From the WHO press release about the campaign:

“Depression is the leading cause of ill health and disability worldwide. According to the latest estimates from WHO, more than 300 million people are now living with depression, an increase of more than 18% between 2005 and 2015. Lack of support for people with mental disorders, coupled with a fear of stigma, prevent many from accessing the treatment they need to live healthy, productive lives.”

Why am I writing about this, a week later and on a blog that has nothing to do with depression? Because, ironically, last week this time I was fighting my way back from a really bad bout of depression and honestly, we do all need to talk about depression because the stigma around it just sucks and isn’t going anywhere as long as those of us who live with mental illness keep it a secret.

It’s one thing to live with depression; it’s a billion times harder/crappier to not only live with a disease as painful and debilitating as any physical disease but then a) have to keep it secret from the world and b) try to get care in a health system that pays lip service to mental health parity, at best. I could–and might someday–write a whole book about the reality of getting mental health care vs. the hype and promise of not-helpful slogans like “get help!” or peoples’ generic assertions that, if they’d only known that someone was struggling, they would have done something to help. The reality is that people are so freaked out by mental illness because it’s such a taboo subject that even when they want to help, for the most part, they don’t know how…and frankly, that discomfort and freaked out-ness is what needs to change if we as a society ever want to really help people with mental illness get the care they need.

One thing I did learn in my most recent dealing with the crap side of living with depression is how much better millennials and teens are at being open about mental illness…and how much older generations can and should learn from them. I know this video is kind of long (11 minutes), but honestly, it’s worth a watch because he explains, a lot more eloquently than I’m doing, exactly what I’m trying to describe here and why we need to be talking about mental illness and stop this stigma bs because it’s hurting the people who are already hurting enough.

So back to millennials and teens…including Kevin Breel in the video above (seriously–you need to watch it)…they’re doing way better than the rest of us in terms of destigmatizing mental illness. They’re talking about it and being credited with helping break down the stigma around mental health issues. Which is awesome…but older generations need to follow their lead and get past our own long-held beliefs that mental illness is something we don’t talk about; that it’s a dirty secret you keep to yourself or fear stuff like losing jobs and/or friends. I get it–we grew up in a different time, a time before social media and oversharing, a time when depression was something you just “got over”…and if you couldn’t do that then at least you were supposed to keep your “crazy” a secret and not freak other people out about it. Because, crazy freaks people out..especially older people. And, sadly, “crazy” is what far too many people believe mental illness is, and unless we all do our part to dispel that derogatory terminology, we continue to perpetuate it…which is not ok.

I get that it’s hard to get past generational norms and be open about a subject that makes your peers super uncomfortable…trust me, I know because I’m encountering plenty of discomfort as I’m trying to be more open about my own struggles with mental illness and do my part in helping to shatter the mystery and fear that many people–especially ones my age and older–harbor about mental illness. For instance, the past weeks when I was going through a really hard time–to the point that I had to take medical leave from work, which has never happened before–I just decided I was tired of shouldering not only the burden of depression but the equally heavy burden of pretending everything was fine when it wasn’t and tried to share with friends, family and coworkers what was really going on with me…and it was awkward as hell in most cases. When I couldn’t go to social events, my husband asked “what should I tell them?” and I said “just tell them I basically had a nervous breakdown and am still recovering, which means I’m not up to socializing.” Sorry to make everyone uncomfortable but enough is enough already…I’m done with apologizing for something I shouldn’t have to apologize for or shield people from.

Honestly–if you have a broken arm or diabetes or cancer do you have to worry about what to tell friends when you can’t go out, or coworkers when you can’t work? Of course not, because there’s no shame in physical illnesses…or at least there’s way less than there is around mental illness. But mental illness–that’s so shameful that we need to keep it a secret from the world? Bullshit. We need to get over the discomfort and awkwardness around mental illness already because by continuing to treat it like it’s something to be ashamed of and hidden, we as a society will never be able to overcome the obstacles to receiving care for mental health issues and the secret, costly epidemic of depression and mental illness will just continue for generations to come.

So anyway, I’ll stop already…but seriously, we, older people, need to start talking about depression, especially in the context of work. Because just as the digital divide is a thing and “digital natives”–aka millennials–are changing the workplace and have an advantage in the job market, I think there’s an equally wide mental health stigma divide. If millennials and Gen Z are the only ones advocating to destigmatize mental illness, a) it’s a huge missed opportunity for Gen X and Boomers and b) it’s going to cause (probably already is causing) huge clashes in the workplace when millennials/Gen Z fully expect the work world to align with the way they’ve grown up in terms of treating mental illness for what it is: an illness just the same as any physical illness. Also, they’ve grown up with accommodations for learning disabilities and other mental health issues and will rightly assume the same accommodations are available in the workplace. How’s that going to play out when older generations have just had to white-knuckle it throughout their careers if they have mental health issues but either never had the courage to ask for accommodations or none were available anyway because…just get over it?

Seriously, fellow “older” people–we have so much wisdom to share and so many of us have spent decades secretly living with mental illness, and/or simultaneously living with our own mental health issues in secret while ensuring that our kids and/or parents get the mental health care they need. Let’s not let not let mental health advocacy be yet another thing that only millennials get credit for, and let’s take their lead and start doing our part to help beat mental health stigma.