You are here: Home / Blogging / Long time no see! 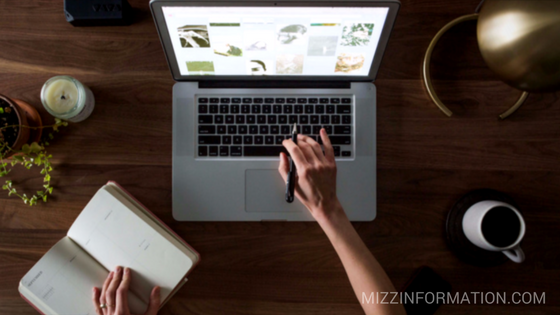 Hey there–is this thing still on? Long time no see over here at Mizz Information. It’s been a crazy year on many fronts…to say the least.

In this age of “pivot to video” and podcasts being all the rage, I admit it’s a struggle to keep the blogging enthusiasm alive. But at the same time, I kind of think that it’s more important than ever for personal bloggers to keep up the good fight, for a number of reasons. If you’re going to write for free–or write at all–I think it’s important to be able to own those words and have control over how they’re presented, what ads appear alongside them and who profits from them. Giving up ownership of your words to other sites that a) don’t pay you; b) monetize your work and your words; c) can disappear at any time, taking your words with them just seems…inherently just not right–or at least that’s how I personally feel about it.

Especially now that sites like Medium are offering paid memberships that promise “unlimited access to in-depth, expert stories from amazing writers, thinkers, and storytellers“….except that those amazing writers aren’t actually paid to write. Oh, wait, sorry–that’s not quite correct–you can get paid based on “claps.” I admit I’m about to try it just to see if the promises of payment actually materialize…but only with content that I’ve already written either here or elsewhere. The idea of thousands of smart people and great writers fueling Medium’s subscription model with content that they’re writing for free with fingers crossed for “claps” as a means to payment…it just makes me sad. Especially when I see people like this journalism professor writing/curating really smart stuff on Medium each week…then having to say, in his intro, “Get the free weekly email by sending a note to [omitted] (at) gmail.com” because it’s not like he can cultivate a list of subscribers publishing on Medium.

Anyway, that’s a longwinded way of saying my blogging mojo is super rusty but I miss it, so I’m getting back in the saddle. Also, that while I do think that sharing experiences with mental illness to help spread awareness and decrease stigma is important and I intend to keep doing it, I’ve decided to go back on my big pronouncement here that I’d be switching to blogging about mental health/mental illness here for two reasons.

The first is that just one of the super fun things about mental illness is the fact that it’s much easier, at least for me, to be creative and expressive about, well, mental illness when I’m not doing awesome. So being able to articulate in general but specifically about my experiences with and thoughts about living with mental illness and just the topic in general is easy when I’m not doing well but not so much when I am…for better or for worse. Another reason is that, even after thinking I’d written/thought about everything under the sun related to associations and social media/community management, I realized that it felt/feels weird to have just shut that chapter of Mizz Information away for good, especially at a time when I think it’s more important than ever to talk about social media specific to associations as opposed to mainstream social media marketing advice or social media for nonprofits because, while there are some parallels, a lot of that mainstream advice just doesn’t work for associations. But if nobody who has done/is doing social media specifically for associations is writing about those nuances, then where does that information live, especially now that the buzzy focus at ASAE and other association events has steered away from social media and towards AI, data, video and whatever hot new stuff is currently trending. Not that I’m the be-all/end-all of association social media, but I have been both actively doing it and rabidly obsessing about it for a decade now, which I’m not sure qualifies me as an expert or just tenacious and obsessive to a fault.

So anyway, long story short…hi if anyone is still reading this. I’m going to try Medium for the mental health stuff to see how that goes out of curiosity and also to see if the whole “reach” thing is actually a thing, and just go back to the usuals over here at Mizz Information: associations & social media/community management, movies, random stuff and probably lots of long pauses between spurts of writing.