You are here: Home / LinkedIn / Are Groups Next on LinkedIn’s Chopping Block? 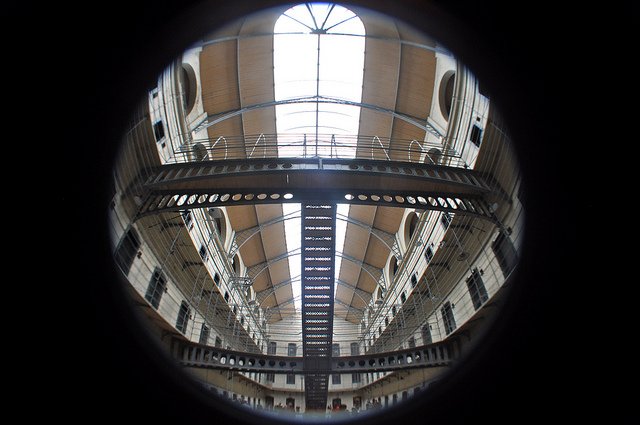 Last week, I blogged about the Facebook research thing (btw, PNAS has since published an “Expression of Concern” about the fact that they chose to publish the study). Since LinkedIn enabled publishing on their platform, I’ve been curious to see if it offers any value to users as opposed to just benefiting LinkedIn. While I refuse to write new content for LinkedIn’s benefit, I do occasionally re-post content from here out of curiosity to see how it does on LinkedIn compared to how it does over here on Mizz Information.

I admit I’m surprised and a bit conflicted about the fact that my posts on LinkedIn do MUCH better than posts here on my own site. I guess I shouldn’t be surprised–LinkedIn has millions of users while I’m lucky to get a few thousand pageviews per month and have a whopping 80 email subscribers. But still–it’s the principle of writing–for free–to benefit someone else; the stubborn person in me would rather write and publish on my own site, even if nobody reads it, than provide free content to LinkedIn to help them sell ads and otherwise monetize their platform. But I admit I was pleasantly (sort of) surprised when the same post that here got around 150 views has gotten almost 1,700 views on LinkedIn…plus nine comments. At the same  time, it makes me kind of sad that the era of blogs seems to be over as people are instead posting to LinkedIn or Medium. It’s interesting to see that, at the same time as blog comments tend to be dwindling across most blogs–to the point that many bloggers are simply removing comments altogether–posts on LinkedIn tend to get a decent number of comments. I would imagine it’s because people are generally on LinkedIn either to look for jobs or to drum up leads, so in either case they’re looking to showcase themselves as subject matter experts and therefore are more likely to leave comments on posts there. Neither here nor there, but interesting as LinkedIn seems to be following Klout’s lead and is becoming focused mainly on content–presumably so they can set the stage for people and companies to have to pay to post there in the future?

As LinkedIn has begun to focus more on content, it seems they’re becoming less focused on community. A good example of this is LinkedIn’s idiotic sitewide automatic moderation (SWAM) feature that currently has me banned from posting content in groups I belong to. In case you were not already aware, LinkedIn quietly introduced this feature a few years ago, sending anyone moderated by a group admin or other member of a group into a site-wide ban from group posting. While the community manager in me sort of gets the rationale behind sending spammers to permanent time-out, the fact that it’s automated and site-wide just seems a little ridiculous–that’s what community managers are for!

That fact that a perfectly legit professional who wasn’t spamming at all but whose post someone–anyone–in a group found somehow objectionable can be automatically put into a site-wide posting jail is just ridiculous to me, and totally defies what community is supposed to be about. At the same time, though, how many LinkedIn groups these days are actually about community as opposed to just spamming in some form or another? It seems to me that it should be up to the group owner–a human–to decide what’s ok or not ok in a group, and to moderate accordingly the way human community managers do–by reaching out to the offending poster, letting them know which group rule they violated and indicating that if it happens X more times they’ll be suspended or banned from the group. Instead, LinkedIn has implemented a feature that takes any person whose post is flagged in a group for any reason–even a user or moderator accidentally clicking that flag, which I’ve done a time or two myself over the years–and puts them in a site-wide group time-out. For some people, SWAM is a mere annoyance, forcing them to try to figure out how to get out of it–good luck with that, by the way. While you can try to negotiate your way out of it by interacting with the admin of a group, group moderators themselves don’t know how to reverse it and getting LinkedIn to reverse it is nearly impossible even though they claim to have recently shortened the time-out period to “a week or two.” Others, though, claim that SWAM has had serious negative ramifications in terms of their professional credibility and lost business, and some are threatening lawsuits for defamation.

In my opinion, the fact that SWAM exists at all is proof that LinkedIn doesn’t value groups and that they will ultimately be dropped from the platform, just as other features were recently dropped. LinkedIn groups are the ultimate community Catch-22, IMO; on one hand, they are allegedly about community–LinkedIn gives pointers to users about the proper way to socialize in groups: invite discussion, don’t be self-promotional, be respectful; on the other, LinkedIn groups are viewed by many as mere spam factories and many refuse to participate in groups because of the glut of self-promotional posts. Obviously SWAM isn’t having it’s intended effect–making LinkedIn groups into genuine communities–and is instead frustrating and angering many–there’s even a group of unhappy SWAM-mers. Ironically, it’s a LinkedIn group. Some are even going so far as accusing LinkedIn of having Communist ties and many are simply refusing to use LinkedIn anymore because they’re tired of being treated like bad children.

My advice if you’re using LinkedIn groups as either your organization’s private community platform or to generate leads or drive traffic to your business’s website or blog? Start looking around for other options, because I would not be at all surprised if LinkedIn’s next announcement is that it’s getting rid of groups. They’ve gotten rid of popular features before and they will do it again.