You are here: Home / Associations / An Introvert’s Defense of Sherry Turkle 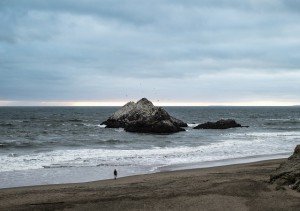 Even though I didn’t attend ASAE Annual, I have actually spent a decent amount of my summer thinking about Sherry Turkle, the closing keynote speaker at Annual. Summer has generally been a time when interacting online looses some of its appeal to me–I blogged about it in 2009, and 2010, and apparently had sufficiently burned out on the topic by 2011 because I had nothing else to say about it after that. This summer I’ve felt it too, but instead of blogging about it, I’ve spent a lot of time reading and thinking about how the past 20 years of near-constant digital activity have affected me and where I want to go from here. So it was weirdly timely that I had just gotten back from a vacation during which I spent much of the time reading Sherry Turkle’s book Alone Together when I saw the tweets about her closing keynote at ASAE Annual.

Several years ago, my therapist (yes, I said that) recommended I read Alone Together, as I apparently spent way too much time talking about socializing online. Or something. I bought the book, leafed through it, and then set it aside, meaning to finish it later. Several times I’ve picked it up again, started reading, gotten really into it, but never finished it. This summer I again got it out, determined to finish it this time. And I will–soon. In the meantime, though, I have been so moved by what I’ve read so far that I haven’t been able to stop thinking about it, and can’t believe how much what she writes resonates with me today. Which is to say that several years ago, it wouldn’t have, so I’m glad I procrastinated reading it. Then I read Ernie Smith’s post today about Turke’s keynote presentation and the reactions it elicited from attendees and figured maybe I’d try to piece together why my reaction seems to be so opposite of Ernie’s and just about everyone quoted in his post, even though anyone who knows me would think I’d be saying the exact same things.

Even I am sort of surprised at my reaction to what I presume her speech was about, given what I’ve read by her and based on the reactions of attendees via Twitter. After all, aren’t I the exact person who has spent the past 20 years living like 90% of my social life online? Blogging, tweeting, sharing, connecting, reading…if there ever was a person who you’d pick out as someone who is overly connected online and would probably extol the virtues of these online connections, it would likely be me, right? I’ve met countless friends online, have gotten jobs as a result of my online activity, have shared my most intimate thoughts and feelings with people I know only by Twitter handle or online avatar–obviously I’m going to attest to how wrong Turkle is and how much richer my life is because of the internet and the connections it facilitates. Right?

Except I’m not attesting to it…I totally agree with Turkle. I do feel the loneliness she talks about. I do feel like the the more “connected” I am, the lonelier I feel in real life. Even though I’m more of an introvert than an extrovert, lately I find myself craving face-to-face conversations instead of the online interactions that have started to feel more and more hollow as the internet has become bigger and faster and more about likes and shares than about real interactions with real people who really matter in real life. Lately, I’ve even been–dare I say it?–craving phone conversations. And if you know me in real life, you know that’s saying something because I generally HATE the phone and avoid it at all costs–something that Turkle talks about in Alone Together, btw. So much of what she writes in that book resonated with me that I could barely make it through a page without highlighting half of it. And yes, I did bring a highlighter on my vacation–that’s how seriously into that book I am. AND it’s a real book, not a Kindle book–yet another level of usually doesn’t happen.

So as much as I get where Ernie is coming from with his defense of the active social voice, I feel like maybe I reached the threshold of the bad outweighing the good, or that 20 years of online socializing has made me more of an extrovert or something, because I have to say that I’m in Turkle’s corner and can’t wait to read her new book about reclaiming conversation. I think that the pendulum has already started to swing away from online interactions that feel satisfying in the moment but ultimately leave us feeling lonelier towards craving face-to-face interactions, even though they will never be able to scale the way digital connections seemingly can. I know I feel it, and I know I’m not alone. While ten years ago or five years ago or even two years ago, it felt like the internet and social media were these amazing tools that made it possible to connect with kindred spirits across the world and forge real friendships, or a way to feel like you could stand out from the crowd and be heard, now the whole thing just feels crowded and loud and chaotic and hollow. I do feel that the way back isn’t digging in and trying harder to stay connected online as it becomes louder and more crowded online every day; it’s by moving back towards actual conversations and interactions with real people and connecting with those around us in meaningful ways, and investing in actually experiencing our lives instead of chronicling them online.

She says, as she chronicles this online. ; ) But seriously–I encourage anyone who heard Turkle speak and thought she was generalizing or just being out of touch with reality or just old and not with-it by telling people to put their devices down to not dismiss her so readily. Read Alone Together, then see if you still feel the same way.