You are here: Home / Blogging / So what happened to Mizz Information? 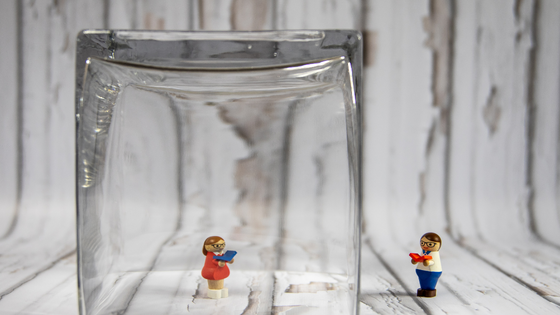 So I doubt anyone is really wondering what happened to this blog. Like why, after almost 14 years of pretty regular writing I just sort of lost my writing mojo, or maybe just had said all I had to say and decided it was time to just wrap it up…does it really matter to anyone but me? Probably not…but has that ever stopped me from rambling before? In that spirit, I figure why stop now. Worst case, I get this off my chest. Best case…I get this off my chest. 🤣

Even though I spent literally two years building and tweaking my new site, Chic n’ Geek, I just can’t seem to just move on and leave ole Mizz Information once and for all. I’d say I’m not sure why…and I guess technically I am not entirely sure why…but I’m pretty sure it’s because I personally hate things that just end without a decent explanation or at least a satisfactory ending. I also am, as you already know if you’ve read this blog, an over-sharer about the personal details of my life, especially when they pertain to my ongoing struggle with mental health issues. And while mental health issues aren’t the sole reason I just sort of stopped being able to write for a year or two, which led to the inevitable sunsetting of this blog, they certainly played–and continue to play–a non-insignificant role in its unceremonious demise. I touched on it in this post, “it” being the fact that I’ve spent the better part of the last two years battling severe mental health issues, the likes of which I’ve never experienced before. I know I’m far from the only one whose anxiety, depression and other mental health issues worsened during COVID, but it sure feels like it…as I know it does for each and every person who feels they alone are the only person not able to just cope with a world turned upside down, etc.

I basically dropped out of life, isolating in my house, losing touch with professional colleagues because I wasn’t able to work and also because my sense of self was shattered. This podcast episode describes best how isolation and loneliness can cause depression, but also how those very things keep us from seeking the very social interaction and connection that could help the most. This has basically been the story of my past few years–brutal depression and anxiety that made it next to impossible for me to leave the house at times or to reach out to friends or family, which in turn just made the depression and anxiety worse and dulled everything in life to the point where even doing basic things like showering or replying to texts or emails seemed insurmountably difficult. Making the fun even funner was the fact that medications that had worked for me in the past stopped working, adding another layer of awesome to the nightmare anyone who has had to navigate the mental healthcare system in the US. And, the part that relates (finally) to this blog was that I couldn’t write anymore, which was just scary and frustrating as hell. To spend your whole life being able to write without even thinking about it to suddenly be unable to articulate even simple thoughts–it just sucked, to put it mildly.

It also meant I couldn’t work and honestly worried whether I’d end up permanently disabled, unable to work at least in any capacity resembling the career I hadn’t realized played such a big role in the way I saw myself and my value…I know, not great to tie self-worth to work, and I hadn’t ever really thought of myself as a person who was defined by work, but apparently I was wrong. So work and agency…gone, at least for a good long while. Social connections also pretty much gone, as I struggled to reach out to friends or participate in activities even once COVID lockdown ended. I just didn’t have it in me to act like I was still the same person and everything was fine, but also felt such a deep sense of shame about the reality of my situation that silence and isolation were pretty much the only option that felt do-able.

Back to my original point, which isn’t to whine and plead for sympathy. It’s more like I can’t get past feeling like I have more to say here, or maybe it’s that I worry that I don’t have anything much at all to say other than I miss my old life and this blog played a big role in a part of that life. Pathetic maybe but yolo. I spent 14 years writing here and in the process developed some enduring friendships, launched a career pretty much out of thin air and generally just felt like this blog was a big part my identity. I admit that it’s sort of embarrassing to admit this–that a personal blog known only by a pretty niche group of people and quite easily forgotten by basically everyone but me apparently held/holds such meaning to me that I can’t just leave well enough alone and either move on to my shiny new site and write over there or just dive into my new hobbies or whatever.

Anyway, I’d say sorry for the random melancholic ramble out of nowhere, but I’m actually not really sorry–I’m actually kind of low-key estatic to be back to a point where I feel capable of writing without feeling totally strangled with self-doubt or beyond frustrated to have a brain that somehow just stopped working–I don’t even really care what I’m writing or why I’m writing it, just that I AM writing and it feels normal again.

I guess if I had a point when I started writing, it was to explain that, for as much as I used to write about the importance of being open about what it’s like to live with mental health issues because the stigma that pervades the topic is as strong as ever, in spite of all we hear constantly about the “mental health crisis” in this country. I used to write about how we all need to work to share more and be more open about mental health struggles to reduce stigma and shame…and then I felt like a helpless bystander as my own shame silenced me and cut me off from the world. So maybe this is me, stepping past that shame and back into the world; or maybe it’s just me, grateful to be able, once again, to share my experiences and not let depression and anxiety eclipse my entire life.

I also want to say one more thing–something sad. Over the years I actively wrote here, one of my most supportive friends and commenters was a guy named Rick Rice. He passed away this past year and I miss him every time I think of him, which is often. He was a great, friendly person who went above and beyond to be supportive to even casual friends–the world is lesser without him in it.